Joe Locke: Experience, Insight and Emotion, as Player and Listener

It isn’t just Joe Locke’s daunting virtuosity on the vibraphone that makes his work so compelling-it’s his overflowing passion for music itself, the demonstrative joy he invests in every phrase, even every silence. His latest release, Love Is a Pendulum (Motema), features a smoking core quartet [Robert Rodriguez, Terreon Gully, Ricky Rodriguez] but explores new sonic terrain with guests including saxophonist Donny McCaslin, vocalist Theo Bleckmann and steel pan player Victor Provost. Readying himself for the last of four nights at Dizzy’s Club Coca-Cola with the all-star Dexter Gordon Legacy Ensemble, Locke, who turned 57 in March, was able to hide out in a back office for an hour and rap about the following vibes­centric tracks.

BEFORE: It’s interesting, the bass and drums, how they’re set up like it’s an R&B track. It’s not Tyler Blanton, is it? [listens to vibes solo] That line just revealed to me that this is a fluent player. [lis­tens more] A really good player. Well, man, all I can do is plead ignorance and say I don’t know who it is but I really like it.

At first I thought it was kind of an R&B track and I [wasn’t] necessarily buying the vibes playing; it was more about the groove and the aesthetic. I always use this as the criterion for a vibes player: Would I be buying this if it were a sax or trumpet player? Are the lines cogent? Do they make sense? Are they saying something? This person’s were, and I liked it.

AFTER: Beautiful, man. I was talking to Stefon [Harris] recently about Peter, and the only things I’ve heard of him are some not­so-good YouTube videos that came my way and didn’t do justice to the music sonically. I really enjoyed this. Right on. Stefon told me to listen to this record. Good start, man!

BEFORE: [after 30 seconds or so] The first person I think of is Hamp. The clarinetist must have been Benny, who was such a badass. It’s really good Hamp too! It’s interesting, because I didn’t start with Hamp. The first vibist I heard was Mike Mainieri, when I was a boy, then to Gary Burton, and then I deeply jumped into Milt Jackson and Bobby Hutcherson, then players like Dave Pike and Lem Winchester. Hamp was someone I came to later. I fully appreciated him when I did a “Music of Benny Goodman” concert with Eddie Daniels. I subbed for Gary Burton on some gigs, and it was the first time I really dealt with that repertoire and really understood what’s involved.

BEFORE: [listens to entire vibes solo] He’s got the clarity of a Gary Burton, and it sounds like he’s playing with Burton grip. But he’s playing with a motor, which Gary never does. It’s a re­ally good player but I’m not identifying him. It’s funny-it’s not Bobby, it’s not Stefon, it’s not Warren Wolf, it’s not me.
It doesn’t sound like Mike Mainieri.

AFTER: Incredible. That was the first person I suggested, but I was thrown because he was playing with a motor.

Can you say more about the motor and the different approaches to it?

Burton made a decision a long time ago that he didn’t like the vi­brato of the motor. I particularly like it. Milt Jackson slowed the motor down so it would more fully approximate the vibrato of a human voice. I’ve always gravitated to a slow vibrato. Burton and many people who followed him went that route of the vibrato-less sound, so when I hear Gary and a motor it throws me. This track not only shows how fully developed he was at such a young age [Ed. note: Burton was 19], it also shows what a good bebop player he is.

BEFORE: [after the first phrase or two] You can stop it because we can already talk about this track. I’m deeply familiar with both ver­sions. It’s “Now” by Bobby Hutcherson, and I get goose bumps even talking about it. He wrote it for [the late bassist] Albert Stinson in memoriam [pauses, unable to speak]. It’s one of the most beautiful pieces of music I’ve ever heard. The version with Gene McDaniels and voices is absolutely beautiful. But the other version is equally beautiful because of the Los Angeles Philharmonic and how Dale Oehler arranged the strings, especially the low strings, and how they enter. [ Ed. note: This version is available on Blue Note Meets the L.A. Philharmonic, released in 1978.]

I have a story about this track. After having it for years on LP I bought Now on CD, and I was in my apartment and I fell asleep late at night listening to it. I woke up to “Now;’ that familiar theme, and I thought, “This must be an alternate take:’ So I’m waiting for the voices to come in, and of course what comes in is the L.A. Philharmonic. I started up out of my sleep and it moved me to tears. Both versions are miracles of beauty. Of any track you could play me, that is one that’s closest to my heart.

BEFORE: [melody is revealed after the opening vamp] Wow, man! [listens to vibes solo] I’m going to go out on a limb and ask, is it Bryan Carrott? Is it the Fo’tet? I love Bryan, man. Very underrated cat. Woo! Is it Don on clarinet? I wasn’t sure it was the Fo’tet because I didn’t know about a record with hand percussion. I have to get this.

Bryan is a beautiful jazz player, a beautiful improviser, and yet he’s so much more well versed than I am. I admire him because he’ll do The Lion King on Broadway, he’ll play world music, all these different areas, then he’ll play with the Fo’tet or with Fathead [Newman] and just sound great, as if that’s all he does. He’s got a large scope. When I subbed for Bryan in the Fo’tet, you really understand how difficult something is when you have to jump into their shoes. After that it made me appreciate him even more.

BEFORE: [after roughly a minute] Is it Red Norvo? But it’s not the trio with Tai [Farlow] and Mingus. [listens] It’s really compositional. [listens more, in growing disbeliefJ What are we talking, 1939?

Get outta here. This is a real through-composed piece.

[shouting] Wow! I’ve played some version of “In a Mist.” I should know this better. This is a famous recording. Red is just a wonderful, consummate player, and it makes me want to know more about him. That’s difficult music. That’s some serious … it has a jazz feel, almost a ragtime kind of feel to it, and yet I would also consider it a classical piece.

BEFORE: I’m going to take a wild guess-it’s not Renee Rosnes with Steve Nelson, is it? I haven’t heard this but I know what that [combination] sounds like. Is it the new album? I’d like to hear this. First thing I identify is Renee’s writing. It’s readily identifiable if you know her music.

Steve is a very important player, and he’s continuing to evolve. It’s really interesting to hear the two aspects of Steve. One is his voice with Dave Holland’s band, and the other, which is really rooted in the blues and tradition, a jazz aesthetic coming out of Bags [Milt Jackson] and Bobby Hutcherson. I’ve looked at the two as separate, because he’d sound very different to me playing with Dave than he would, for example, playing trio with Kirk Lightsey and Ray Drummond, where he’d sound very Bags-like. But ultimately that only speaks to his scope.

You’ve worked with Renee, yes? I remember a week at the Vanguard years ago.

Yes, with Al Foster and Buster Williams. It was such a great experience. Renee’s music is a pleasure and a challenge to play. And this new album will be in my collection very soon.

BEFORE: First person I think of is Terry Gibbs. It’s got this happy kind of thing that Terry has. Whew, good bass player, man. [after an intricately arranged moment] Oh, it’s the MJQ? Ah. Isn’t that funny, I didn’t hear Bags immediately. [listens to vibes solo] Nobody like him, man. Woo-hoo-hoo! [listens more] Oh! Oh! I don’t know this track-it’s not the ’53 session, is it? That’s ridiculous, man. That’s a solo that students should transcribe to learn the language of jazz. It’s so relaxed and so fluent. Just … oaf Fantastic. So I was right about 1953! Interesting.

I feel the vibraphone is in a really good place right now. There was a period when the level wasn’t as high as on other instruments, but that’s really changed. There are musicians now playing the instrument really well and giving it respect and credibility. It’s a good period in the instrument’s history and evolution.

Warren Wolf is very special. I love his playing. He’s a great musi­cian. He knows how to make [ the instrument] speak, how to pull the music out of those cold bars. He’s a real jazz musician, a great impro­viser, and that’s what the instrument needs-great improvisers.

Great drummer, he plays great piano. We did a duo gig in Italy; it was a blast. We didn’t talk about what we were going to play. On one tune I played piano for him, and on another he played piano, I played vibes. His piano intro was [shakes his head] … it was killing. And he plays bass.

I feel the vibraphone is in a really good place right now. There was a period when the level wasn’t as high as on other instruments, but that’s really changed. There are musicians now playing the instrument really well and giving it respect and credibility. It’s a good period in the instrument’s history and evolution.

BEFORE: It reminded me a little of myself in places, if that means anything. But I’d be guessing.

AFTER: I love Tom, man. I really like [his and Shepik’s] new duo record [Flower Starter, Songlines], and I’m a big fan of Tom’s. I think he’s one of the wonderful improvisers on the instrument, a consummate vibes player, and if it were up to me he’d be getting a lot more recognition. I’m a fan of his records as a leader; they’re great. And I thought that was a beautiful piece. I didn’t realize [he and Shepik] had recorded together outside of the duo context. That’s another [album] I have to get.

What grip do you play?

I play a bastardization of the Stevens grip, which was developed by the great classical marimba player Leigh Howard Stevens. He’s the president of the company I represent now, Malletech. He’s making an amazing vibraphone called the Malletech Omega, my instrument of choice.

Is that the one with the black bars?

Yeah, but now I’ve got red bars. Anyway, you basically have three grips: the Burton grip, the Musser grip developed by Clair Musser, and the Stevens grip developed in the mid-’70s. 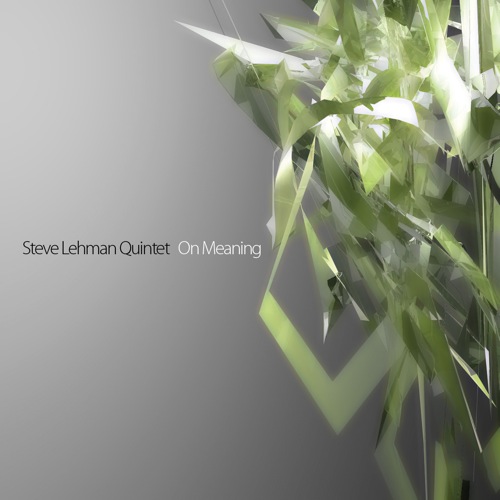 BEFORE: I already know what this is. I’m drawing a blank-the great alto player who writes his ass off. Steve Lehman, yes! That’s Dingman. What amazing music. [listens] That’s some hard music, man!

I’m interested in hearing the one I haven’t heard yet where Chris uses quartertone vibes [the Lehman Octet’s Mise en Abime, Pi]. An interesting thing about Steve is he was a student of Jackie McLean’s. There’s this amazing science and math going on in his concept and the overtone series and everything, but he studied with Jackie-he’s got roots in the jazz tradition.

Chris and I are good friends, and I remember when he was practicing Steve’s music I said to him, “You are awfully relaxed!” I would have been a nervous wreck.

Featured in JazzTimes, May 2016

Follow @lockevibes
We would like to keep you posted about new projects, releases and tour dates.
Close
Go top